Power supply for an intermunicipal alerting and message transmission system 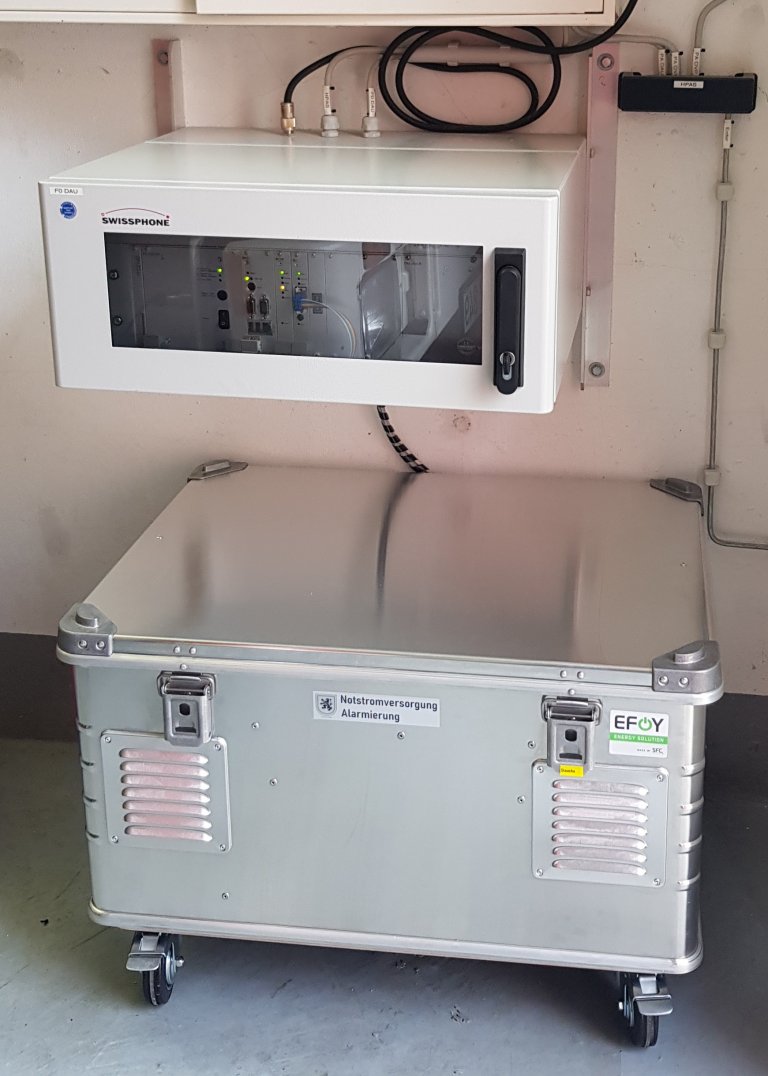 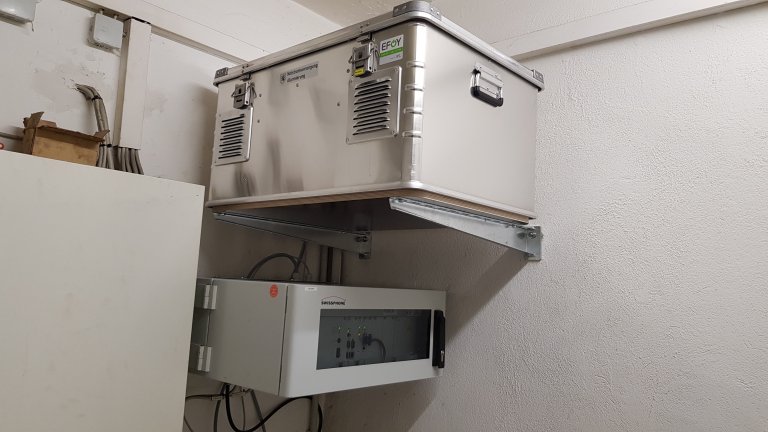 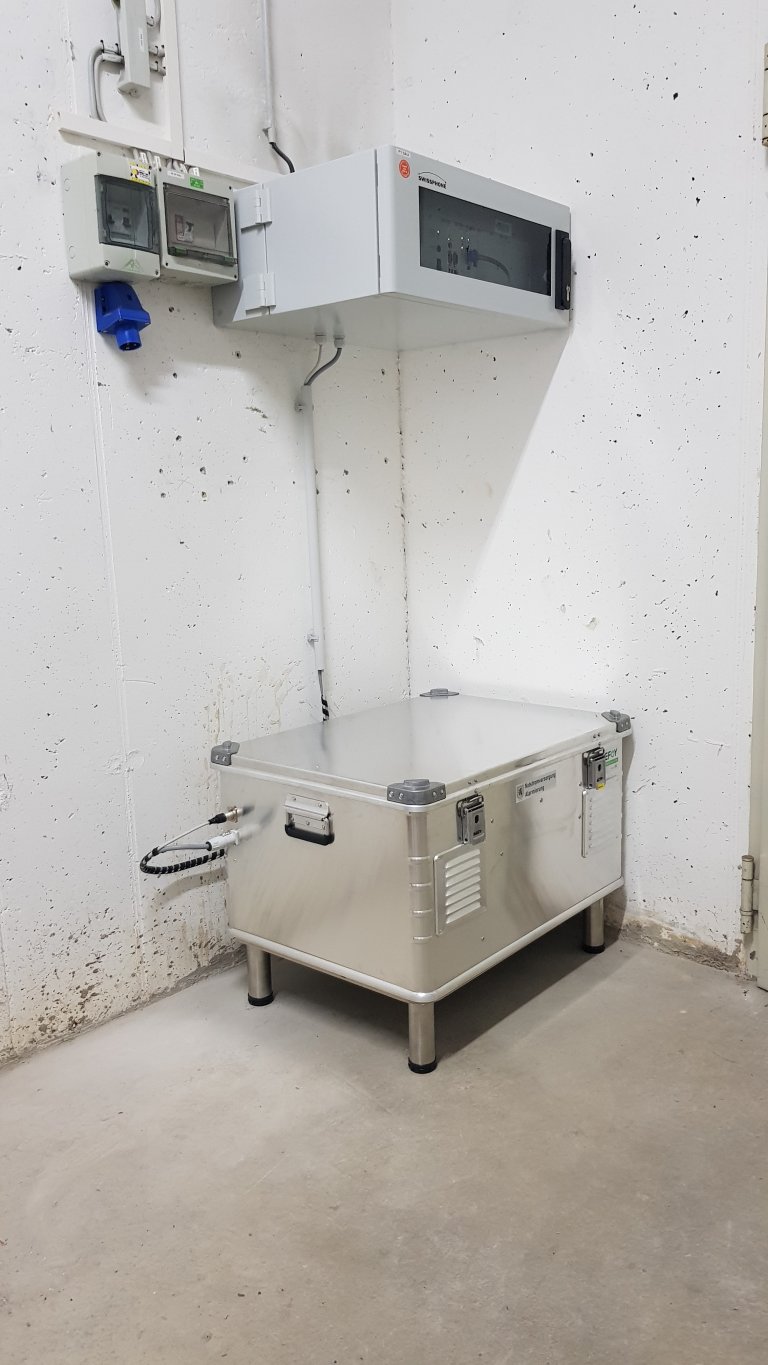 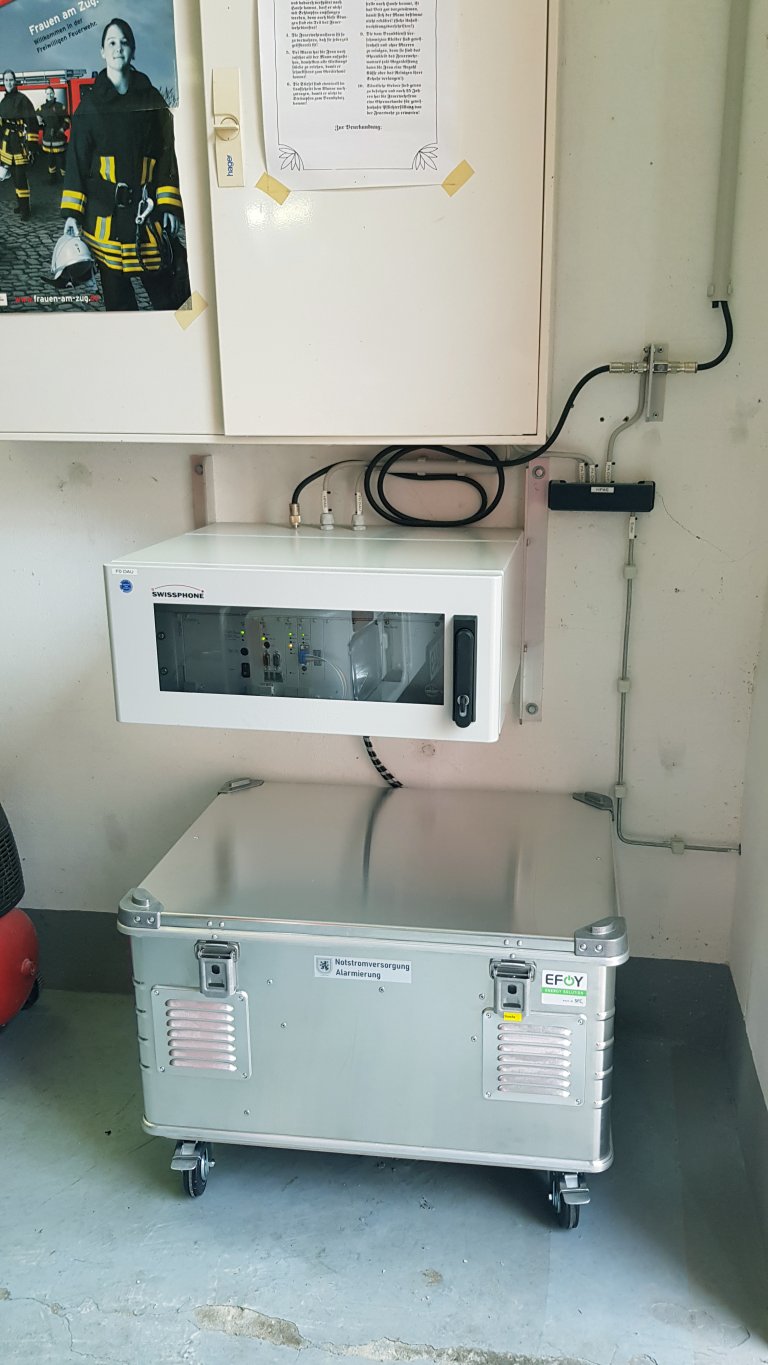 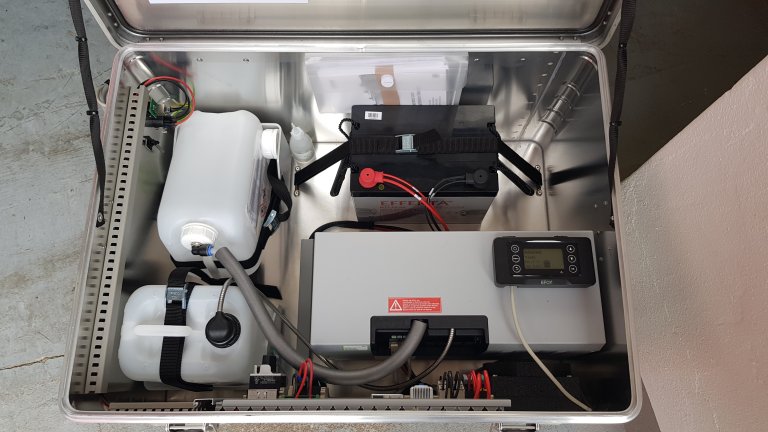 The Meissen district is responsible for setting up and maintaining a cross-community alarm and notification system within the local area. As a BOS (authorities and organisations with safety duties), it operates its own digital radio alarm network. During cyclone Herwart in the autumn of 2017, massive damage and local power failures occurred in eastern Germany. In the event of a long-term power failure, the district, as the lower disaster control authority, must ensure communication. There have been no reliable substitute power supplies for such blackout scenarios so far.

The Meissen district office uses the BOS radio system to alert the fire brigade, rescue services and disaster relief teams digitally in the event of an emergency or crisis. All radio stations are connected to the public 230 V network. In the event of a power failure, the radio system must be kept operational for at least 72 hours without interruption. To date, portable generators based on combustion engines have been used to cover local events, however their operating period is very limited and involve a large amount of human input when it comes to getting them where they need to be. From January 2018, a test was run using EFOY Pro fuel cells as an alternative solution. Following promising results, the Meissen district office commissioned the EFOY partner FKS GmbH with the provision of nine EFOY ProCubes as energy solutions to the BOS locations.

The EFOY Pro 2800, the latest fuel cell generation, is the ideal power supply solution for this application.

The EFOY Pro fuel cells enable us to safeguard the back-up power supply for our BOS radio system. In the event of a power blackout, the system can be used without any input from personnel. The new technology and its almost noise- and emission-free mode of operation opens up further application possibilities that would not be possible with combustion engines.

The EFOY ProCubes used are made up of an EFOY Pro 2400 fuel cell, a 60 Ah lead gel battery, an M5 fuel cartridge and a custom designed collecting container for the resulting condensation. The EFOY ProCubes provide 60 Ah of battery capacity via the built-in battery. This allows the digital alarm converter to operate for about 46 hours without recharging by the fuel cell. The EFOY Pro’s switch-on threshold is programmed to be correspondingly low; it switches on fully automatically and recharges the battery. With the energy obtained from the fuel cartridge and in combination with the installed battery, an autonomous operating time of approx. 25 days is achieved.

The control and monitoring of the network and the system takes place through interaction between the software of the fuel cell and that of the alarm triggering system. To be equipped for a worst-case scenario, the district office carries out two test runs a year with a power failure being simulated and operation solely via the fuel cells being checked and tested.

The BOS digital alarm system has a 60 Ah battery installed with it. This allows the system to be powered solely by the battery for around 46 hours. The EFOY Pro fuel cell is programmed to automatically switch on at a preset lower voltage limit of the battery to commence a recharge cycle. This is to protect the battery from deep discharge which increases the life of the battery. Once the battery is fully charged, the EFOY Pro fuel cell automatically switches off. The M5 fuel cartridge, supplied with the system, allows the EFOY Pro fuel cell to recharge the battery three times, thus extending the autonomous operation of the system for an additional five days. This produces an operating time of at least seven days in the event of a power failure. The requirement for at least 72 hours of back-up power was therefore significantly exceeded. Other advantages of the solution include the ease of transport, convenience of assembly with little human input required, as well as ease of installation as an all-in-one package on location. The EFOY ProCubes are currently only used inside buildings. For the future, however, outdoor installations are envisaged, which will easily be accommodated for by the EFOY ProCabinets thanks to their weatherproof housing.

The "Back-up power supply for the BOS radio system" project is being sponsored as part of the Hydrogen and Fuel Cell Technology National Innovation Programme with a total of EUR 29,198 by the Federal Ministry of Transport and Digital Infrastructure. The funding guideline is being coordinated by NOW GmbH and implemented by the project management agency, Jülich (PtJ).

We use cookies to provide you with an optimal website experience. This includes cookies that are necessary for the operation of the site, as well as cookies that are only used for anonymous statistical purposes. All information on cookies can be found in our data protection declaration, and in the imprint.

Accept all
or Save selection
or only technically necessary cookies