For safety reasons, the uninterrupted power supply of obstruction lighting and lubricant pumps during the construction phase and during maintenance work is indispensable for wind power plants. The EFOY Pro helps to reliably operate these.

More about lighting of obstructions

Wind measurement systems in locations of potential wind farms require a reliable, off-grid power supply of up to 12 months which is ensured with the EFOY Pro. 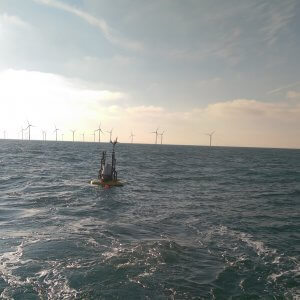 Power supply of a multifunctional buoy 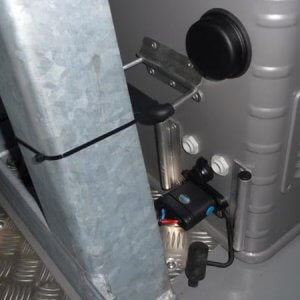 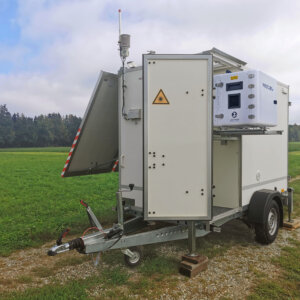 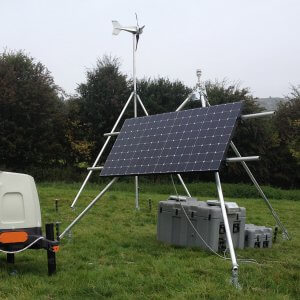 Within the wind industry, many applications require long-term, off-grid and reliable power which can be guaranteed with EFOY Pro fuel cells. Wind measurement systems such as LiDAR, SOLAR and masts need a constant power supply. This is also the case for obstruction lighting and pumps, especially during the construction phase and extended maintenance intervals.

Conventional generators have to be re-fuelled frequently to remain in regular operation. Additionally, they are not very environmentally friendly. Batteries have to be replaced every two to three days. Solar cells do not always deliver the required quantity of energy either.

Reliable power in the wind industry

EFOY Pro fuel cells supply the required energy without maintenance and in an environmentally friendly way, for several weeks or even months, without any user intervention The compact EFOY Pro fuel cell can be integrated in weather-proof outdoor boxes, in trailers or cabinets.

EFOY energy solutions by SFC Energy AG supply electrical energy to measurement and early-warning systems, military applications, traffic management systems, caravans, yachts and much more. Get in touch with us. We are happy to give you advice with your individual requirements and requests.

What is Wind Power?

How Does Wind Power Work?

How? The power of wind causes lightweight blades to loosen to spin around a pivot, converting the motion in the air into heavy rotational force. The movement rapidly cycles a shaft-attached magnetic turbine. Constant cycling and metallic ‘brushing’ create a high-voltage electrical current inside the drum via electromagnetic induction. The faster the blades spin? The greater the electrical current generated.

The electricity gained from converted wind power generation can then be tapped into and ‘stepped’ – via transformers – to a national grid (i.e. a country or continent-wide power network), lithium-carbide batteries (capacitors), or local, off grid, independent wind power systems.

What Types of Wind Power Are There?

Near-coast seaborne sites are growing in popularity, too. The IEA estimates that c.80 GWh of power will be provided by offshore wind farms by 2030 [2].

Industrial-size wind turbines typically come in two designs – horizontal and vertical axis. Horizontal turbines use traditional, dual-direction ‘paddle’ blades to capture wind power. Vertical builds use omnidirectional helix, ‘eggbeater’, and harp-shaped blades to harness wind power. Vertical axis designs tend to be more compact and can be pole-mounted. A boxed device known as a nacelle encloses the generator turbine and electronic controls at the base or rear of the machine.

Off grid wind energy turbines can also be scaled down to power grid-distant electrical devices (e.g. weather stations) or to aid remote low-scale domestic power production. You might see these miniature devices mounted on top of posts, sheds, and beach huts. One wind power definition may not be the same as another – particularly with off grid wind power systems.

A cutting-edge wind turbine can extract a colossal c.35-50% of the potential kinetic energy that passes through its blades – and even more at peak times! Modern wind power comfortably beats typically steam turbine and photovoltaic benchmarks of c.25-35%, making it more inherently practical than coal, nuclear, and solar power. [4]

Is Wind Power Renewable or Nonrenewable?

Yes! Wind motion on Earth has billions of years left to go. It will never feasibly run out. All wind power really needs to keep going is the occasional site check and turbine replacement.

Could we run out of potential wind farm sites, though? Not in the near future, at least. There’s so much potential kinetic energy available that if we developed all known viable offshore sites alone, sea wind turbines could provide more than eighteen times the energy the entire planet currently consumes [2].

Wind power isn’t necessarily a renewable panacea, though. Let’s take a detailed look at some wind power pros and cons.

What are the Advantages of Wind Power?

Wind power has many distinct strengths that give it a certain edge over older, carbon-rich generation techniques. Most of these advantages stem from wind power’s clean, green, and lean approach to generating electricity. Here’s a selection of the best wind power benefits.

What are the Challenges of Wind Power?

Unfortunately, wind power isn’t perfect. Many of wind power’s greatest strengths leave it with vulnerabilities and drawbacks that engineers, planners, and local authorities need to plan for and work around.

What Are the Applications of Wind Power?

What is wind power used for? Whatever requires high volumes of electricity to power it.

Wind farms worldwide provide active energy around the clock for residential, commercial, and industrial areas as well as a fallback and for off-peak generation. Single turbine off grid wind power often supplies farms, off-shore platforms, and rural residences, too.

What Else Should You Know About Wind Power?

Although today’s wind turbines may seem hyper-modern, wind power is a far older technology than many might think. The first-ever home-scale electrical wind turbine was completed in Marykirk, Scotland in 1887 by James Blyth. By 1919, the principles behind optimum wind power generation had been established by German physicist Albert Betz. [5]

Isolated ‘pole’ wind turbines were a relatively common sight in Europe and America throughout much of the twentieth century. However, the mid-century arrival of environmentalism, polycarbide composite blades, and microchip control took wind power fully commercial. A forward-thinking 1975 eco-project run by NASA created the broad template for all large-scale, large-capacity wind farms used today. [5]

The plummeting cost-to-energy ratio created (alongside climate change concerns) caused a popularity explosion. Between 1995 and 2021, the world’s wind power capacity expanded by more than a factor of a hundred [7]. ‘New’ wind power has a bright future ahead.

Wind Power Facts – In a Nutshell

We use cookies to provide you with an optimal website experience. This includes cookies that are necessary for the operation of the site, as well as cookies that are only used for anonymous statistical purposes. All information on cookies can be found in our data protection declaration, and in the imprint.

Accept all
or Save selection
or only technically necessary cookies